Would you like to become a Brand Partner of LRF 2018, our 10th Anniversary?
To find our more CONTACT US

Founded in 2014, Resy is a hospitality technology platform that powers restaurants around the world and a consumer-facing reservation platform for passionate diners. Since launching in the UK in 2017, Resy has created best-in-class software that elevates dining experiences and connects restaurants to a growing network of highly-engaged diners, with the powerful backing of American Express. Resy is a go-to destination for restaurant discovery, exclusive access, original content, and chef-driven culinary events. The amazing world of restaurants is just a few taps away in the Resy app and at Resy.com 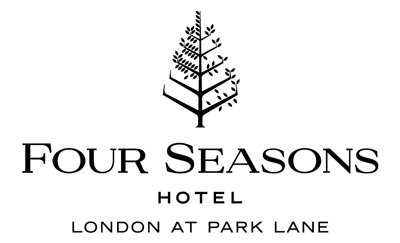 Located in the heart of prestigious Mayfair with the city’s most iconic attractions and famous shopping streets only a short stroll away, Four Seasons Hotel London at Park Lane is ideally located to explore London by day and night. The Hotel features newly designed rooms catered to the modern traveller and a rooftop Spa for a unique city wellness experience. 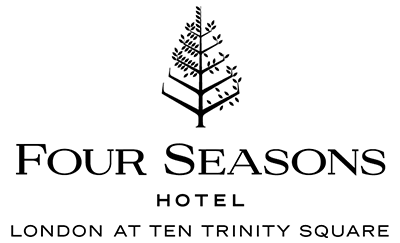 LG SIGNATURE is an ultra-premium brand across multiple product categories from global innovator LG Electronics. Catering to the most discerning consumers, LG SIGNATURE is designed to provide a state-of-the-art living experience that feels pure, sophisticated and luxurious. The brand’s distinctive products were designed with their true essence in mind – streamlined to focus on each product’s essential function while maintaining LG SIGNATURE’s modern, signature design.

Experience Regent Street, London’s distinctive home of fashion, dining, wellness and lifestyle. The street has continually evolved over the years, taking inspiration from the past whilst always innovating and looking to the future. Regent Street’s Regency buildings are home to world-class flagship stores, while tucked away in Regent Street’s neighbouring side streets one can find various award-winning restaurants, such as Michelin-starred Veeraswamy and Sabor. Wellness experiences can be found across the street, and Regent Street and the surrounding area offers a hand-picked blend of pioneering global names and independent brands that is unmatched.

For over 300 years, St James’s has had a long-established reputation as the home of fine food, culinary expertise and innovation. It is one of London’s most original and compelling districts, defined by its unique mix of contemporary and heritage brands, art galleries and unparalleled restaurant scene. St James’s has become the most of a spectacular range of international cuisine from the eclectic modern offerings of Scully, Aquavit, Michelin-starred Wild Honey, and two Michelin-starred Ikoyi to the iconically British offerings from the local establishments such a Franco’s, Rowley’s, Fortnum & Mason and Wilton’s.

Unhurried, world-class and welcoming – Mayfair has always been one of the most desirable places in the world to live, work, shop and dine. The epitome of luxury and opulence but also an inviting space of heritage. Key destinations in Mayfair include Mount Street and South Audley Street, South Molton, Duke Street, North Audley Street and Grosvenor Square.